São Paulo is one of the 27 federal units of Brazil. The state is part of the southeast region, also composed of Rio de Janeiro, Minas Gerais, and Espírito Santo. It borders the states of Minas Gerais to the north and northeast, Paraná state to the south, Rio de Janeiro east and Mato Grosso do Sul at the west, it also borders the Atlantic Ocean to the southeast. It has 645 municipalities and its total area is 248 219.481 km ², where 4. 971.0469 km ² is the urban perimeter. The capital of the state is the namesake city, Sao Paulo, South America's largest.

The state has more than 46,6 million inhabitants which represent about 22% of the Brazilian population. It is the most populous state in Brazil and the third most populous political unit of South America. The state, like Brazil, has several ethnic groups being formed mainly by Italians and Portugueses, but with the influence and presence of various other ethnic groups such as native Amerindian peoples, Africans, and other large migratory flows, as Arabs, Germans, Spaniards, Japanese and Chinese. 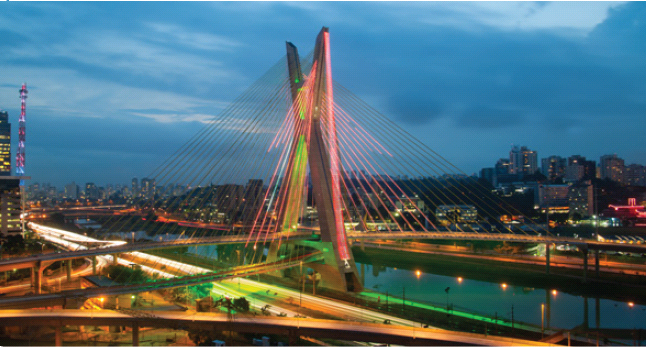 São Paulo has a very strong economy and is the state with the highest GDP, representing about 30% of the total wealth produced in Brazil; therefore earned the nickname "locomotive of Brazil." The state has a diversified economy: metalworking industries, textile, food, automobile, aviation, financial and services sectors, orange, coffee, ethanol, and sugarcane. Another interesting economic factor is the good investment infrastructure presented in the state, with the Stock Exchange, Commodities, and Futures Exchange of São Paulo, the second-largest stock exchange in the world by market value.

It's not just the economy that deserves attention. The state has considerably good social indicators, being the 3rd best Human Development Index (HDI) of 0.833. São Paulo's GDP is equivalent to the sum of the economies of Argentina, Uruguay, Paraguay, and Bolivia. 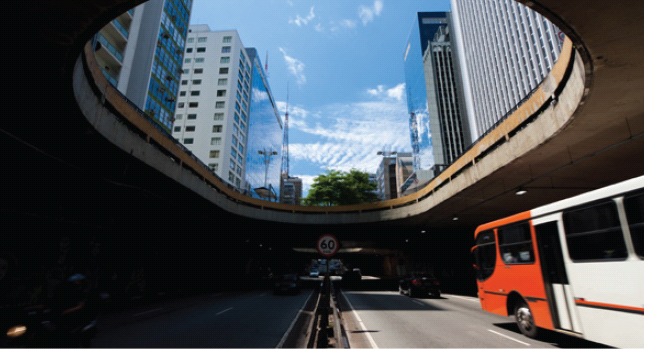 Much of its territory, 85%, is between 300 and 900 meters high, with most of the state territory formed by narrow coastal plains, which are limited by the Serra do Mar, and plains in the rest of the territory. The climate can be divided into four subtypes: super humid tropical, highland tropical, hot and humid tropical, and subtropical moist.